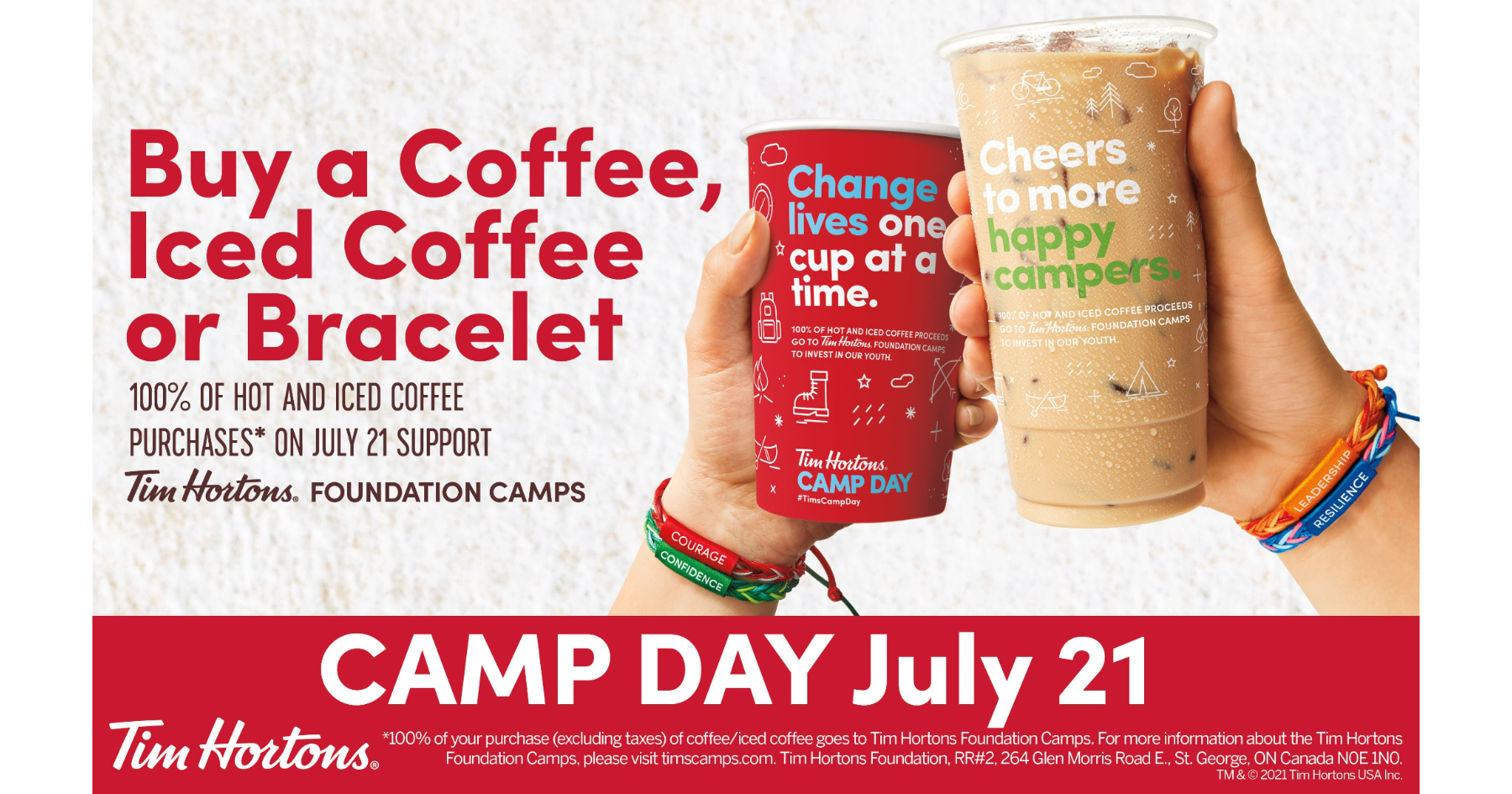 TORONTO – Tim Hortons in the United States will donate 100% of hot and iced coffee purchases to support its Foundation camps on camp day, July 21.

Customers can also purchase a $ 2 Camp Day motivational bracelet in one of four colors with 100% of the proceeds going to its camps.

The $ 168 million raised to date in North America through Camp Day has helped Tim Hortons Foundation camps support more than 300,000 youth ages 12 to 16 through a multi-year camp and of a current program based on eCamp.

With a strengths-based learning model designed for the needs of the youth that Tims Camps serve, participants are equipped with skills such as leadership, resilience and responsibility, enabling them to open doors to their future, the company said.

It started as a local fundraiser 30 years ago hosted by Tim Hortons restaurant owners, who pledged to set aside a day when coffee sales would support young people in their communities. Afterwards, the fundraiser was renamed “Camp Day”, became national in Canada and was subsequently introduced in the United States.

â€œThanks to the generosity and support of Tim Hortons guests and restaurateurs, we are very proud of the incredible impact Camp Day has in helping our foundation empower thousands of young people across North America,â€ said said Axel Schwan, President of Tim Hortons.

Last summer, realizing that the young people who participate in their programs would be disproportionately affected by the isolation caused by the pandemic, the foundation launched Tims eCamp, a camp-inspired digital experience designed to virtually support participants. Returning this year is a new and improved version of Tims eCamp, providing participants with a supportive but stimulating environment and all the resources they need to participate digitally from their homes.

Tim Hortons also launched a Camp Day awareness campaign in which real program participants explained that their camp experiences were less about fun and games and more about building confidence, courage and courage. resilience. Directly written and sung by current and former Tims Camp attendees, the powerful anthem “Not Child’s Play” was also released on music streaming services, with the net proceeds going directly to the foundation.

Those who wish to help can make a one-time or monthly donationat any time.

Want the latest news at your fingertips?

Get the convenience industry intelligence you need today. Sign up to receive SMS from CSP on news and information important to your brand.