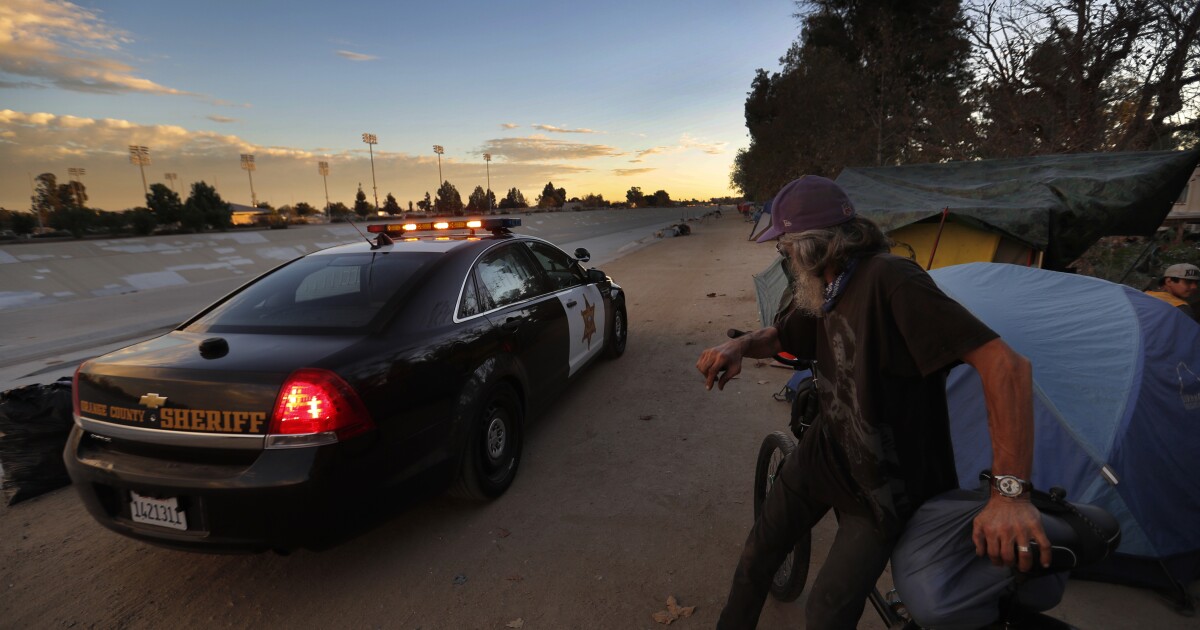 In an effort to address a burgeoning homeless population and growing fire risk, Riverside City Council has approved a ban on camping or sleeping in areas where undeveloped vegetation clashes with homes, including the bottom of the Santa Ana River.

Councilor Clarissa Cervantes was the only one not to vote, fearing there wouldn’t be enough shelter for everyone living at the bottom of the river.

Exacerbated by extreme drought, probable “man-made” fires have ignited at the bottom of the river over the years, prompting authorities to propose the anti-camping ordinance. Over the past five years, the Riverside Fire Department has responded to 163 calls for wildfires in the bottom of the Santa Ana River, 66% of which were caused by humans, according to a city report.

Riverside has been fighting homelessness for years, allocating $33.5 million from its municipal budget in 2021-22 to create affordable housing and address the crisis.

Once shelters and accommodations are available, the team will proceed with anti-camping law enforcement and camp clearing.

This year, the county counted 3,316 homeless people, of which 59.71% do not have a home. As more people resided in the bottom of the Santa Ana River and in remote areas of the canyon, the risk of fire increased.

During Tuesday’s meeting, officials also highlighted the Riverside County Partnership for the Homeless Outreach Medication and Education program, an alternative criminal sentencing program for people who are homeless or about to become homeless.

In order to qualify for the program, which promotes a treatment-based approach to sentencing, rather than incarceration or fines, the person must be charged with a non-violent offense and be assessed by the court, lawyers and the Riverside University Health System-Behavioral Health.