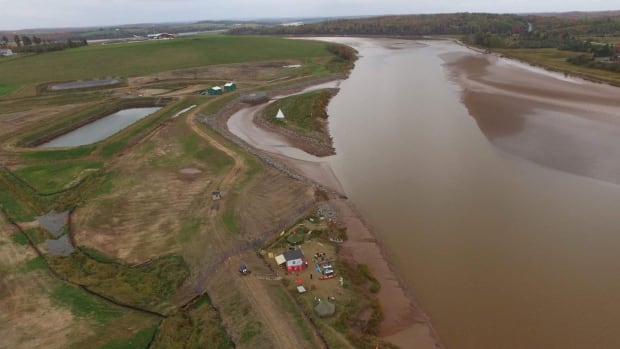 A new report shares the stories of Wolastoqew and Mi’kmaw women against resource extraction projects such as the Sisson mine in New Brunswick and the Alton Gas project in Nova Scotia.

The authors of the brings back spoke with eight Mi’kmaw women and three Wolastoqew women who were part of a sharing circle that took place in January 2020.

The Alton Gas project in Alton, Nova Scotia, about 60 kilometers north of Halifax, proposes to store up to 10 billion cubic feet of natural gas in underground caverns created using water from the Shubenacadie River to remove natural salt deposits. The Sisson Mine Project offers a $ 579 million open pit tungsten and molybdenum mine 80 kilometers northwest of Fredericton.

Report author Sherry Pictou, Honorary District Chief of the Confederacy of Mainland Mi’kmaw and Assistant Professor and Tier 2 Canada Research Chair in Indigenous Governance at Dalhousie University in Halifax, note by many recommendations in the final report of the national inquiry into missing and murdered Indigenous women and girls involve resource extraction projects.

Pictou said the aim of the project was to create a space for women to come together and reflect on what they’ve been through, since they don’t have an official seat at any table.

She said the women said they were “quite intimidated by people to whom the companies themselves had promised jobs and by the government in different ways.”

“It just seemed to me that it had been a long process, and whatever those processes were, they weren’t going to allow these women to have a say.”

Terry Sappier from Tobique First Nation in New Brunswick told the sharing circle that about eight to ten men parked on four-wheeled vehicles above their camp at the Sisson Mine Project, and drove off. sitting down drinking beer and looking at them, “trying to intimidate us”.

Sappier also said someone entered their camp with a gun after the Natural Resources Department refused their request to put up “no hunting” signs.

“I immediately ran out, started taking pictures, he turned around. He didn’t want to show his face. That’s how women protect themselves. Turn a phone upside down, with the camera facing out. As soon as they see the camera, they ask you to turn things around, â€Sappier said in the report.

The women said in the report that when the RCMP showed up at the camp, the women handed them a phone with their lawyer on the call, ready to speak to authorities. They said this was how they protected themselves, as they were mostly women, according to the report.

One recommendation women had for moving forward would be to give personal rights to water supply systems.

“This is something that we have to take seriously into consideration, because there is no one who speaks for the land or for the water,” Pictou said.

Human rights for water systems would align with women’s work to protect ancestral lands and water bodies from overexploitation and would be a way to compensate for legal inequalities, according to the report. Restoring ancestral systems of governance would also be important and Pictou said women also began to seek indigenous laws and protocols that could offer protection.

The province of Nova Scotia was not available for comment on this story.

The province of New Brunswick told CBC News it had not commented at the time of publication.

AGAIN! AGAIN! at the Théâtre Trois