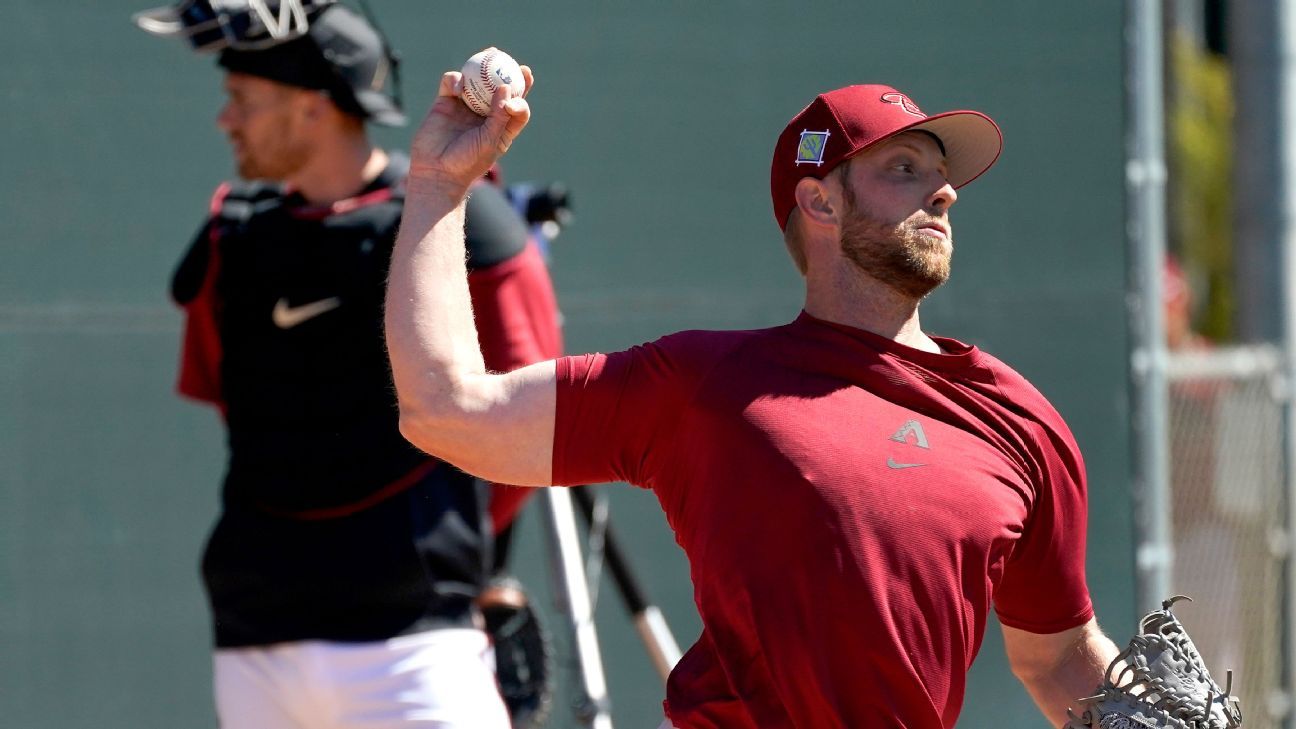 SCOTTSDALE, Ariz. — Arizona Diamondbacks wide receiver Carson Kelly and manager Torey Lovullo shared a hug, a smile and a few slaps on the back under the bright blue skies the Cactus League is known to provide.

The bickering is over. Baseball is back.

A day after owners and players reached an agreement to end a 99-day lockout, all 30 spring training camps opened in Arizona and Florida. Now the four-week sprint begins in earnest to prepare for an April 7 opening day.

“We’ve been waiting for this for a while,” Diamondbacks infielder Josh Rojas said before practice Friday. “It’s good that we did everything. I did my best to stay ready for that day, whenever it came. It happened fast.”

Sunday is the mandatory reporting date for players, but many were eager to get to work early.

At the Goodyear complex that Cleveland shares with the Cincinnati Reds, a few big names have escaped.

Bo Bichette and Jose Berrios were among those who joined Guerrero at Blue Jays camp in Dunedin, Florida.

Rojas was part of a large contingent of Diamondbacks players who showed up for camp in Scottsdale. Like many players, he had been attending informal workouts in various areas of Arizona as job talks escalated. The union had even set up a makeshift base in Mesa, Ariz., at a multi-purpose sports facility, but that was starting to empty on Friday as players reported to their regular camps.

“We did a very good job staying ready,” Rojas said. “There were a lot of places where 15, 20, 30 guys would get together, do our own practices. Ground balls, bullpen, live bats, field strikes.”

In Tampa, Fla., Yankees star DJ LeMahieu was part of a multi-team squad that last practiced at a high school less than a mile from the New York complex. Boston’s Rafael Devers and Philadelphia’s JT Realmuto, Didi Gregorius and Andrew McCutchen also participated over the past month.

LeMahieu hugged and shook hands with some of the other players after the session.

“Of course, officially the last unofficial practice,” he said.

St. Louis outfielders Harrison Bader and Tyler O’Neill were at Roger Dean Stadium in Jupiter, Fla., where the Miami Cardinals and Marlins share the complex. Last week, New York Mets star Max Scherzer was at the ballpark as part of the negotiating teams working on a new labor agreement.

This morning, with temperatures in the 80s under partly sunny skies on the east coast of Florida, it was time to move from the CBA to the ERAs and RBIs.

“The fans have been through a lot lately,” Texas Rangers president Jon Daniels said.

Yankees slugger Luke Voit said, “I just didn’t want to lose fans. They deserve that we’re out there already.”

Ron Hoskins and his son Shawn had traveled from St. Louis to Jupiter two weeks ago when it emerged Major League Baseball and the union were close to reaching a deal. Settlement came too late for them to see exposure action; they have to go home on Saturday.

But the trip was not a total loss. Donning his replica Yadier Molina white jersey, Hoskins took Shawn, who has Down syndrome, to the ballpark. They were part of a group of about a dozen fans and autograph seekers who waited outside the doors, hoping to catch a glimpse of anything baseball.

Although they haven’t seen any big leaguers, Hoskins and his son were able to meet Marmol, who was promoted from bench coach to Cardinals manager after last season. Reaching the gate, Marmol crouched down and stuck his arm through the fence to sign Shawn, 37,’s shirt.

“I liked that,” Shawn said.

At George M. Steinbrenner Field, Yankees fans were asking about spring training tickets, with games scheduled to start next week. Inside the team store, new jerseys with “Grapefruit League 22” were in stock and new televisions were installed in the restaurants inside the park.

Many players also have work to do.

Freddie Freeman, Carlos Correa and Clayton Kershaw were among more than 100 uncontracted free agents when the camps opened.

The Cardinals quickly got into motion, signing pitcher Drew VerHagen on a two-year contract. The 31-year-old right-hander went 10-10 with a 5.11 ERA in 127 games in six seasons with the Detroit Tigers before spending the last two years with the Japan Pacific League’s Nippon Ham Fighters.

“We think he’ll compete for a starting job, but could easily move to the bullpen if needed,” Cardinals president of baseball operations John Mozeliak said.