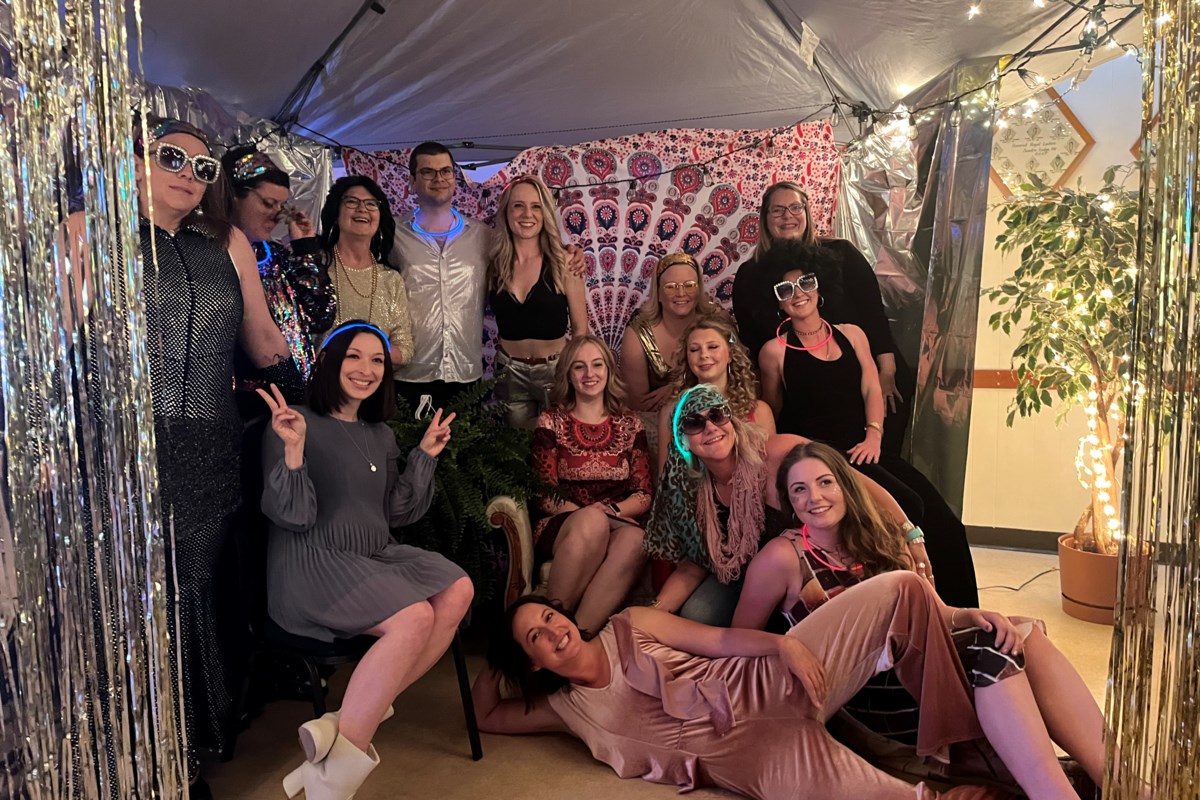 Proceeds from Sundre Royal Purple #191 will be spent in the community; the organizer hopes to plan more dances in the future

Billed as a fun way to socialize and have a good time while generating income for the community, the dance was held at Sundre Elks Lodge #338 on Friday June 3rd.

As the Elks room has a capacity of 120 people, Katie Jo Munro said many tickets were made.

“At the beginning of the week (before the dance), we did a ticket count and there were only about 40 sold,” Munro told the Albertancandidly admitting that she was initially a bit appalled since the organizers had announced the fundraiser about a month prior.

“It didn’t look like we were going to have a very good turnout,” she said. “I was a little bummed about it.”

But after stepping up efforts to further promote the event on social media and placing a few more posters throughout the community, word of mouth caught on in the city and more people decided to get involved, a- she declared.

Although the dance did not sell out, the number of tickets purchased nearly doubled to 78. Four additional volunteers who assisted with the bar, decor and music, meant there were 82 people in the venue of the Elks, which Munro hailed as a “perfect” venue complete with a small kitchen, bar, stage and open floor.

“It’s a big building. Great location and a good size – it’s not too big,” she said, adding that the community center in Sundre is also a great venue, but a bigger one that depends on more participation for justify organizing an event there.

“The community center is huge. So it’s just awkward if there aren’t enough people in there.

The dance was lively in a cabaret style, which Munro remembers having a long tradition in the Sundre area.

“When I was a kid, we went to cabarets at least three to four times a year,” she said.

“We had them at Bearberry Hall and James River Hall. And they were awesome,” she recalls.

“I remember my parents having the best time, and all my relatives,” she said, adding that the community generally seemed to appreciate the cabarets, which were also fundraisers that usually went back to offset the costs of the reception room.

Around midnight, the disco dancing ended and everyone started heading home, thanks in large part to careful drivers.

“We were lucky to have three volunteer designated drivers who pretty much got nothing but tips,” she said.

And as society continues to collectively recover from the shock of COVID-19 restrictions that have largely been lifted, perhaps a dance was just what the doctor ordered.

“It was exactly what everyone needed. It was great fun – great exercise. Exercising without knowing you are exercising is the best.

A member of the Sundre Royal Purple for over five years, Munro said it was the first dance the group had held while there to date.

Although details such as a theme and day have yet to be determined, Munro already has his sights set on the next dance.

“Maybe we’ll do a classic country next time,” she said.

Beyond that, Munro seemed excited to host a costume-themed event for the spookiest time of the year.

“It’s going to be awesome, we already have some ideas simmering,” she said, no pun intended.

“If people start not coming, then you know, there’s this,” she said. “But I hope people see the evening as a valuable and fun way to give back to the community.”

After the dance expenses were settled, Munro said the event raised $1,440.

“This money will go into the Royal Purple kitty and be donated to whoever needs it,” she said.

Groups or individuals who feel they have a worthwhile project, program or initiative that needs funding to get started can write and then submit a letter to the Royal Purple by dropping it off at Bear’s Den with shop owner Brenda Johnston, who is also the Honorable Royal Lady of the Sundre Royal Purple.

Of course, the Royal Purple is one of many other volunteer-run organizations working to support the community by raising funds to meet identified needs.

“The Elks, the Lions, the Royal Purple, the Legion, the Auxiliary – all of these clubs are really there to raise money for the community. There really aren’t many other reasons for them,” Munro said, adding that they all face a common obstacle.

“Don’t be afraid to get out there and fundraise for your community,” she says. “There are tons of things we need money for.”

For example, she cited the Sundre Community Van Society’s goal of replacing the minibus that has been in service for over 10 years.

“This is the next fundraiser I’m working on,” she said, urging people to join a number of groups that have already built a foundation to raise money on.

“Much of the groundwork to become a non-profit organization is already done. These groups already exist – do not create a new one. Join them and help them.