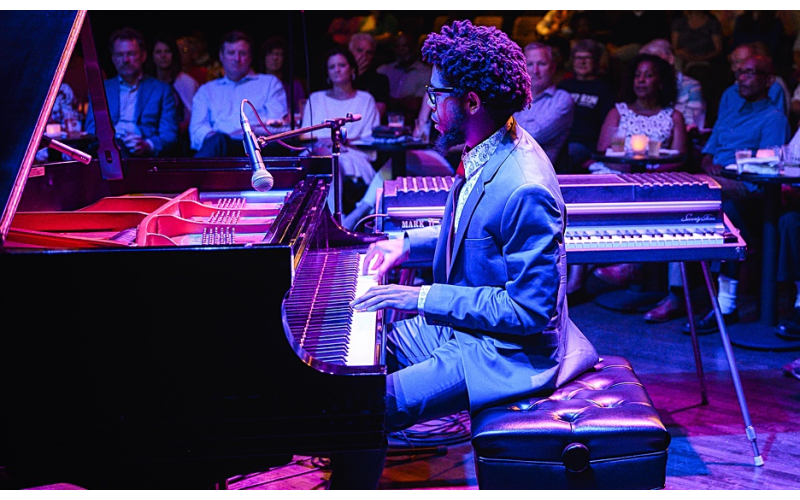 Broadway stars step out for concert and dance party

The concert will feature Jared Wayne Gladly and Allison Semmes accompanied by Sean Mason. Tickets start at $50 and are available at https://www.sunvalleyopera.com or by calling 208-726-0991.

Sun Valley Opera co-founder Frank Meyer says the opera wants to bring Gladly and Semmes back since receiving thunderous applause for their appearances on “The Temptations Tribute” and “Girls Groups” a few years ago at the Sun Valley Pavilion.

“Jared, with his captivating bass-baritone voice, received a standing ovation with his rendition of Stevie Wonder’s ‘For Once in My Life’. And Miss Semmes almost stopped the show with her moving rendition of ‘Midnight Train to Georgia’ on the ‘Girls Groups’ show at the Pavilion,” he added.

Jared Wayne Gladly is a native Texan who began his professional career on the stage of New York’s historic Apollo Theater as a cast member of the 2009 national tour ensemble of “Dreamgirls.” He has starred in several Broadway and Off-Broadway productions, including Disney’s “Frozen.”

When he’s not performing, he volunteers for a food pantry in Harlem.

Sean Mason, originally from Charlotte, North Carolina, studied at the University of North Carolina and the Julliard School. He has toured with many jazz legends, including Branford and Wynton Marsalis. He was also the pianist for the documentary “Tulsa Burning: The 1921 Race Massacre,” “Phantom of the Opera,” and Broadway’s “Hadestown,” and Netflix’s “Ma Rainey’s Black Bottom.”

People are encouraged to bring picnics. A non-Warfield Distillery & Brewery host bar will be available.

J. McLaughlin will donate 15% of all sales from noon to 4 p.m. Friday, July 15 to Sun Valley Opera. The clothing store is located at 520 E. 4e Street in Ketchum.

Made in America – NoHo Arts District